[The Blog] @PDCPC - PDCPC: A Mid-Century Gem in Palm Desert

You may have heard of Modernism Week, our desert celebration of midcentury architecture, art, interior, and landscape design. But did you know that Palm Desert Community Presbyterian Church (PDCPC) is a shining example of the style and innovation that characterizes the best of this genre?

The PDCPC sanctuary was designed by well-known mid-century architectural firm, Smith, Powell and Morgridge of Los Angeles, who are also credited for designing multiple buildings on the campus of UC Santa Barbara, as well as a building at Chapman University, and numerous other banks and shopping malls throughout Southern California.

Smith, Powell and Morgridge designed the sweeping roofline of the church’s sanctuary to “draw the eye upward, invoking a sense of awe and reverence, a posture of prayer”. Also noteworthy about the design are the gigantic single-slab concrete pieces that make up each side of the stained glass, stretching approximately 4 stories high, and the large, curved single pieces of wood which make up the interior beams. The massive forty-foot stained glass window, made of French glass, was donated by a snowbird from Texas, winter resident, Emily Wadley De Ware. She also donated funds to construct the Christian Education building, all in honor of her late mother, Mrs. J.K. Wadley.

Built in 1968 under the leadership of Rev. Dean Miller, and helmed by Honorary Chairman General Dwight D. Eisenhower, the project began in 1964 with the acquisition of five acres on Hwy. 74. The church site was dedicated on April 30, 1967, as ground was first broken with a gold-plated shovel, handily managed by General Eisenhower. He served as the 34th President of the United States from 1953 to 1961, after an illustrious career as an army general and statesman, and Supreme Commander of the American troops during World War 2. The Eisenhower’s were winter desert residents who lived at the Eldorado Country Club in Indian Wells.

PDCPC has previously been a part of the tours organized during Modernism Week and is the jumping off point for this year’s tour of midcentury and “new century modern” homes in South Palm Desert on February 19, 2020 (sorry, the tickets for this tour sold out weeks ago!). The church is proud of it’s architectural history, as well as it’s long-standing presence in the Palm Desert Community. 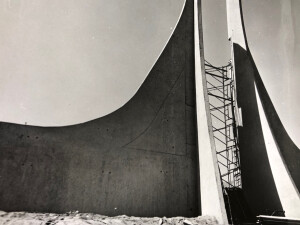 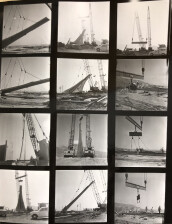